I first encountered Rise of the Triad when accompanying my dad during a business trip. Obviously bored, the techs there offered to let me play 'Doom 2'. Doom 2 didn't exist at the time, but I figured it was the sequel. Turns out it was this game, but it made no difference as I loved every moment of it.

Returning was Tom Hall of Commander Keen fame. So despite Doom and Wolfenstin being gory serious games, he wasn't about to pass up his usual humor, so ROTT ended up being even more gory, but also even more silly. Originally it was supposed to be a followup to Castle Wolfenstein, but that didn't end up being the case.

Now despite the silly elements, ROTT had quite a few innovations to the genre under its belt. Color coded multiplayer teams, multiplayer modes including Capture the Triad (and many more), rocket jumping, character classes, destructable environment, wider outdoor environments, etc...

I loved playing it, and even more once I was able to create new levels for it. I even tried playing multiplayer with a friend. We had to go over the phone line, but of course then had no other way to communicate. We spent a good few minutes trying to find each other, and once we met, we were both stunned at the technical achievement of seeing another real person in a game that usually was populated with AI. Then we tried to shoot and the game crash, and we couldn't get it working again.

Dann.rtl is my first set of levels that I made. It was made in Wayne Sikes's Rotted Rise of the Triad Editor v.1.1.
The are my first ones so don't expect much.

01 - Dann's Yo Level
This might resemble the tutorial because it is w/ a few changes.

02 - The Big Room
This is only my second level and I was still experimenting.

04 - Mosquito's Destruction
My friend liked smashing glass so I made a level full of glass. But, it was too slow so I changed it to empty basins and fire urns.

05 - Real Hard Level
This level only is real hard in the Crezzy Man mode. It has a mess of triad enforcers, but they disappear in and mode below hardest.

06 - Turbo Wonder Wall
This is my first level w/ a moving wall. Yaa.

07 - Lotta Doors
I used every type of door in this one. That's all.

09 - Tower of London
A real easy level. Don't go into the boulders.

Yobro.rtl is my second set of levels. I was more creative in these than dann.rtl. These levels are not as standard as most rott levels.
It was made in Wayne Sikes's Rotted Rise of the Triad Editor v.1.1.

01 - Why do we go on?
This should really be called Bouncy Monks, but I don't feel like changing the name.

06 - Fini
This resembles dann.rtl's last level because I took the other one and changed it a bit.

Amy.rtl is my third set of levels. These were for my sister. These levels are not as standard as most rott levels.
It was made in Wayne Sikes's Rotted Rise of the Triad Editor v.1.1.

01 - Amy
This is a rough picture of my sister in either the rott map or in rotted.

02 - Amy Room
I tried to make Amy's room but it came out really bad.

03 - Amy House
A really small level I made to fill in space.

04 - Amy Yard
Talk about bugs. This stupid thing took me hours to figure out the height for the Gads.

05 - Amy Town
I originally had sky surrounding it, but it didn't work so I enclosed it in a wall. It is a small town and is pretty neat.

06 - Amy Land
This was the first one I made, and it got pushed up. Mucho points in it.

07 - Amy World
You could take the long way, but there is an elevator to the end.

08 - Amy Solar System (see a pattern)
This you could also do the long way but why?

09 - Amy Galaxy
Here you could finish the game or go on to the Bonus Level.

10 - Amy Universe
Yaaaaa! A bonus level. Here I used the entire map as one big room. It looks small when your're in it, but it takes a long time to cross.

Dann.rts is a sound file that I made in rtsmaker.

Here are some textures you can use on your own fan pages: 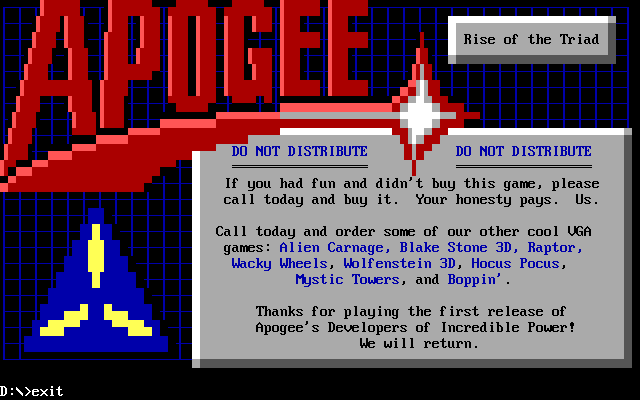